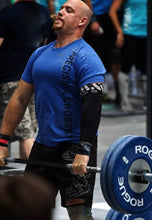 Mike, a graduate of Occidental College, spent three years playing for the SCIAC Champion Tigers, graduating with his bachelor’s degree in 2005. In the summer of 2005, Mike spent six months playing professionally in Europe for the Gefle Red Devils of Sweden. Mike also served as the defensive coordinator for the organization’s prep team, as well as the head strength and conditioning coach.

Upon his return home, Mike went back to Occidental College to complete his master’s degree and earn his secondary school teaching credential, which he completed in the spring of 2006. In December of 2006, Mike represented Team USA against Team Canada in a football showdown between the two countries. Between 2005 and 2009, Mike spent five seasons as the strength and conditioning and secondary coach for the Occidental College football team.

In September of 2008, Mike took over as the middle school strength and conditioning coach at Harvard-Westlake School. Here he was put in charge of the school’s developmental strength and conditioning program. Over the past six years, Mike has aided in the school’s creation of a vertically-integrated strength program. Within this program students begin to build a technical weightlifting base starting in the seventh grade that then gets built upon over time. Through technical efficiency learned at a young age, students move on to the high school program where strength is developed further.

In addition to his work at Harvard-Westlake School, Mike also is an accomplished CrossFit and weightlifting coach. Over the past six years he has coached three athletes to the national level. All of whom have fared very well – Lindsey Valenzuela in 2009, Crystal Riggs in 2012, Katie Crowe and Crystal Riggs in 2013 and Michelle Qayyum and Jon Dinh in 2014. In addition, due to his love for both sports and seeing a need to offer his surrounding communities a quality establishment Mike, along with Greg Smiley, decided to open their own Strength and Conditioning Company, Precision CrossFit, in March of 2012, located in Agoura Hills, California.

Philosophy
With over 17 different certifications I feel I bring a lot of experience with me from my background in sports to those looking to get in shape. Being a former collegiate and professional athlete I have had the opportunity to witness the inner workings of some of the elite strength and conditioning programs. I know what it takes for an athlete to accomplish their dreams and hope to pass on the knowledge and work ethic I learned to others. I feel that I’m a great motivator and have the ability to bring the best out of anyone.

"Believe in yourself without any doubt that it is possible"