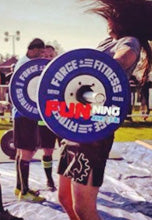 I have always been athletic no matter what sport or activity it was i enjoyed staying active and being competitive growing up. I played club ice hockey for eleven years until my sophomore year in high school. Once i had finished playing i needed a new sport and a new way to stay in shape so i joined both cross country and wrestling my sophomore year. Ran cross country for two years and decided i would be more successful in wrestling so i stuck with only wrestling my senior year and was very successful. Once wrestling season was over i needed s new outlet, so i decided to be consistent and dedicated to crossfit. I origanlly started crossfitting in 7th grade but only every once and a while from then through high school. Once i graduated it became my addiction and my way of life. Although i had only been crossfitting consistently for a couple months i gave the CrossFit Open a shot just for fun, and once i saw those results it pushed me even harder. Once i became much more serious i wanted to start competing and become a coach so i got my level 1 in july of 2013 and trained harder and more consistent to be ready for my first big competition which was december 2013. My goals are to one day compete at the crossfit games and to eventually own a CrossFit box.